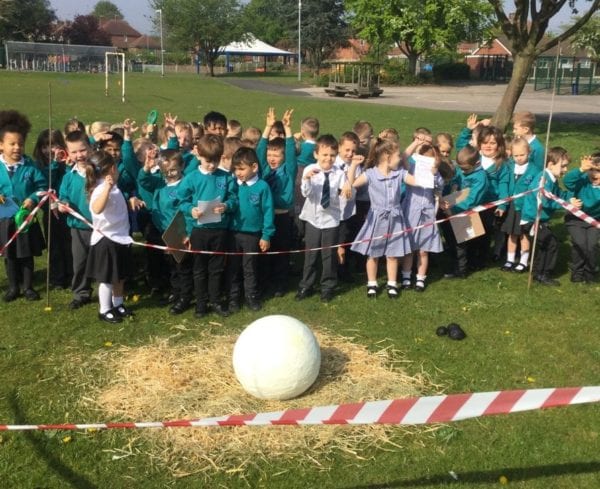 A dinosaur visited the academy last week and caused chaos in F2!

Children had lots of discussions to establish why the dinosaur decided to come to Wainwright Primary. During our investigation we found dinosaur footprints in the classroom and lots of very smelly poo in foundation 2 and around the academy.

We also found a gigantic dinosaur egg on the playing field.The question is, will the egg hatch? Our investigators and reporters will keep you posted!

Wainwright Primary Academy
We use cookies to ensure that we give you the best experience on our website. If you continue to use this site we will assume that you are happy with it.YesRead more